skip to main | skip to sidebar

Unprepared, the big day passes like a Spaniard scraping the length of a reef
no plunder
arr
Posted by David Juel at 8:31 AM No comments: 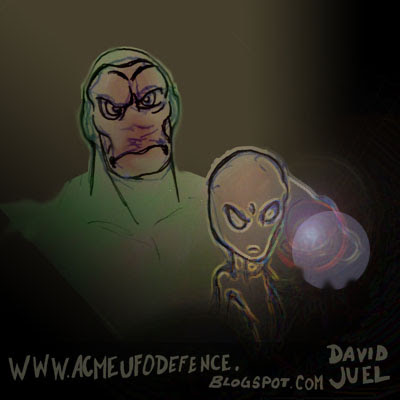 Fun to hear someone spontaneously mention how great the original X-COM UFO Defense STILL IS.
Posted by David Juel at 10:25 PM No comments: 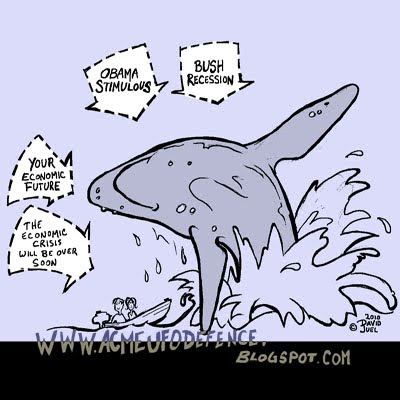 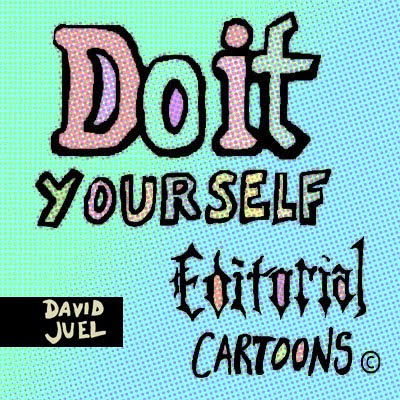 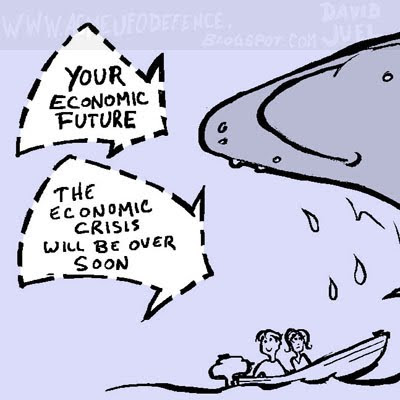 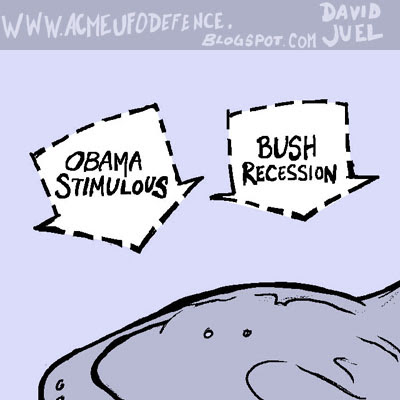 Two years ago I mentioned that I had been thinking about "blogging-up" my ideas behind deeply emotional politics, I was not incendiary enough to unload ALL of my politics but I was toying with the idea of letting some of my ideas filter out.

The idea here is also to generate understanding between people of incompatible political views.

I am cartoonist of the month for Cartoonists NW. Thank you for voting, you are a great encouragement CNW.
Posted by David Juel at 8:45 AM No comments:

Labels: CNW, Comics, Do It Yourself Editorial

This is NOT an Editorial Cartoonist 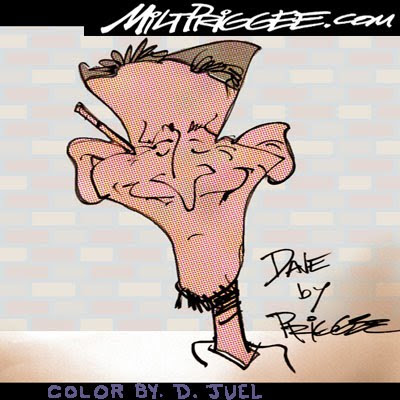 Milt Priggee used to be an Editorial Cartoonist. By his definition, an Editorial Cartoonist is a human employed by a Local Paper for the Editorial Page of that Local Paper. (caution - Milt includes some of his banned cartoons at his site - not everything is 3rd grader appropriate that you find at www.miltpriggee.com - not the normal NSFW, but NSFW because... "wow, that was edgy")
M. Priggee was the guest speaker last month for Cartoonists Northwest, as you can see by the caricature of this smiling person (see image) it was the best kind of a cartoonist presentation.
M. Priggee not an Editorial Cartoonist. There are only 10 remaining for the entire US. You can see Editorial Cartoons here (leftish) and here (rightish), so you might think that everything is fine. It is not.
"This little Priggee" * is not currently working in his chosen profession. However he is (almost certainly) "the MOST SUED Editorial Cartoonist evaarrr". Who would have thought that you could be sued for a cartoon expressing an opinion about lawyers? (normally a free citizen living in a dictator-free country cannot be sued for having an opinion, but, if you have artistic ability, a significant number of lawyers are pretty sure that you can be sued)
I will proudly hang on to (and frame soon) my prized caricature, made by "Mr. 12.2 million". Thank you Mr. Priggee.
Cartoonists Northwest meets on the third Saturday of every month (4-6 PM) at
Daniel Smith Art Supply
4150 First Avenue South - Seattle


* Milt does not actually deserve to be called a "little priggee"- I probably should have dropped this title for this talented and important not-editorial cartoonist - please do not sue me!
Posted by David Juel at 1:07 PM No comments: 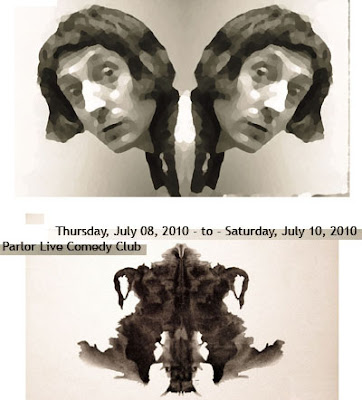 Emo Phillips dominates smart comedy, and rightly so, he holds 3 spots in GQ'S Top 75 jokes of all time.(numbers 44, 54 and 55)
I have loved his humor since it first dominated the college dorm that I was in when Emo's first album was released. (an album is primitive CD rom technology)
There was a good comedy performance in Bellevue this month in which Emo Phillips flawlessly presented the best religious joke of all time ... which he has been tirelessly telling over-and-over since the 1980s.

The best part of the evening is when Emo and I wrote a gag together.

I was early enough for the first show that I could stand in the fan line and get a signature on a poster. (I had been meaning to create a poster like this for years.)
Emo stared at the ink blots - and could not think of a worthy gag to accompany his signature. I enjoyed just standing near the Emo aura of funny talking about writer's block. Eventually I said, "I have tickets for your next show, that will give you an hour to think of something". Emo agreed, and I looked forward to standing in the fan line again to see what he might come up with. After the show he was still stumped, so I borrowed a line from his first album and said, "just tell me what you see when you look at the ink blot" (I think that I am terribly clever - the top ink blot is a Photoshopped inkblot-like-photo of Emo).
Emo replied "I think that this is the inkblot test for narcissism." "Then that is what you write. Perfect!" And that was what was written on my soon-to-be framed poster... along with: "Yours in Freud, emo phillips"

After the stimulation of working out a gag from my favorite comic over the course of the evening the final moments were spent confirming that narcissim is spelled n-a-r-c-i...
If you do not remember which number in the Rorschach the lower inkblot represents ... it is number 4 in the series... the upper inkblot is the test for Emo narcissism (the original inkblot reference is from a great joke somewhere near the "My Childhood, Yes" track on E=MO2)

Challenge to Emo:
Make another CD as Parent Friendly and amazing as your first.
(in the first CD there's no profanity, except when you try to unwrap it.)
Posted by David Juel at 4:40 PM No comments:

Quick reminder- also - wowio is participating with free comic downloads. I always liked wowio.
Posted by David Juel at 5:24 AM No comments:

The Duck at rest 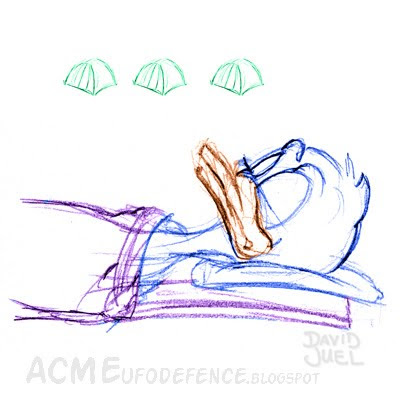 Florida Vacation next week. I am not good at planning vacations but I expect to excel at enjoying vacations. Unlike Donald in Hawaii, I will not be tenting.
Posted by David Juel at 8:18 AM 1 comment: